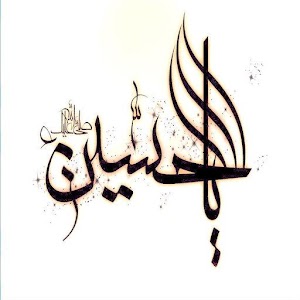 In the month of Muharram 61 AH (approx. 20 October 680 AD), an event took place in Iraq at a place known as Kerbala on the bank of the river Euphrates. It seemed in those days insignificant from the historical point of view. A large army which had been mobilised by the Umayyad regime besieged a group of persons numbering less than a hundred and put them under pressure to pay allegiance to the Caliph of the time and submit to his authority. The small group resisted and a severe battle took place in which they were all killed.

It appeared at that time that like hundreds of similar events, this battle would be recorded in history and forgotten in time. However, the events that occurred on the 10th day of Muharram in Kerbala were to become a beacon and an inspiration for future generations. In this article, we shall examine briefly the principal adversaries.

The leader of the small band of men who were martyred in Kerbala was none other than Husain (A), son of Ali bin Abi Talib (A) and grandson of the Holy Prophet (S). Who was Husain? He was the son of Fatima (A) for whom the Holy Prophet (S) said, "Husain is from me and I am from Husain. May God love whoever loves Husain." [1]

With the passing away of his brother Hasan(A) in 50 AH, Husain (A) became the leader of the household of the Holy Prophet (S). He respected the agreement of peace signed by Hasan (A) and Muawiya, and, despite the urging of his followers, he did not undertake any activity that threatened the political status quo. Rather he continued with the responsibility of looking after the religious needs of the people and was recognised for his knowledge, piety and generosity. An example of the depth of his perception can be seen in his beautiful du'a on the day of Arafat, wherein he begins by explaining the qualities of Allah, saying:

" (Oh Allah) How could an argument be given about Your Existence by a being whose total and complete existence is in need of you? When did you ever disappear so that you might need an evidence and logic to lead (the people) towards You? And when did You ever become away and distant so that your signs and effects made the people get in touch with you? Blind be the eye which does not see You (whereas) You are observing him. What did the one who missed You find? And what does the one who finds You lack? Certainly, the one who got pleased and inclined toward other than You, came to nothingness (failed)."

On the other hand, we have Yazid, whose father (Muawiya) and grandfather (Abu Sufyan - the arch-enemy of the Prophet) had always tried to sabotage the mission of the Holy Prophet, and who showed his true colour by stating in a poem, "Bani Hashim had staged a play to obtain kingdom, there was neither any news from God nor any revelation." [2]

Mas'udi writes that Yazid was a pleasure-seeking person, given to wine drinking and playing with pets. It is no wonder that Husain's response to Yazid's governor, when asked to pay allegiance to Yazid was, "We are the household of the prophethood, the source of messengership, the descending-place of the angels, through us Allah had began (showering His favours) and with us He has perfected (His favours), whereas Yazid is a sinful person, a drunkard, the killer of innocent people and one who openly indulges in sinful acts. A person like me can never pledge allegiance to a person like him ..." [3]

The revolution of Husain (A) was an Islamic movement spearheaded by one of the great leaders of Islam. The principles and laws of Islam demanded that Husain (A) act to warn the Ummah of the evil situation which it was in, and to stand in the way of the deviating ruler. As Husain (A) himself remarked when he left Madina for the last time, "I am not rising (against Yazid) as an insolent or an arrogant person, or a mischief-monger or tyrant. I have risen (against Yazid) as I seek to reform the Ummah of my grandfather. I wish to bid the good and forbid the evil." [4]

Hussain (A) was killed on the battlefield as he did Sajdah. His head was removed from his body on the plains of Kerbala, mounted on a spear, and paraded through villages and towns as it was taken to Damascus and presented at the feet of Yazid.

Why is Husain (A) regarded as the "leader of the martyrs" ? It is because he was not just the victim of an ambitious ruler. There is no doubt that the tragedy of Kerbala, when ascribed to the killers, is a criminal and terrible act. However when ascribed to Husain (A) himself, it represents a conscious confrontation and a courageous resistance for a sacred cause. The whole nation had failed to stand up to Yazid. They had succumbed to his will, and deviation and regression towards the pre-Islamic ways were increasing.

Passiveness by Husain (A) in this situation would have meant the end of Islam as we know it. Thus Husain (A) took upon himself the responsibility of the whole nation. The greatest tragedy was that one who stood up for the noblest of causes, the defence of Islam, was cut down in so cruel a manner.

It is for this reason that the sacrifice of Husain (A) is commemorated annually throughout the Muslim world. Our sorrow never abates as we relive the tragedy. As Allama Iqbal says in his Baqiyat (in Urdu):