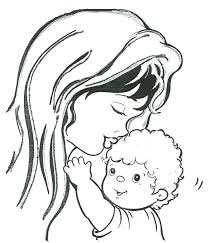 RACISTS launched a vicious attack on a Muslim woman who was struck on the head and almost had her headscarf torn off.

They also hurled racial abuse at the mother and her young daughter as they walked through the city.

The shocking assault has been condemned by the city's Muslim community, along with religious leaders across Exeter.

Hayat Kaddouri Roddy, of Polsloe Road, Exeter, has spoken of the frightening attack in which she describes her attackers as "animals".

The 37-year-old was with her 13-year-old daughter Huda when the assault happened in Edmund Street, in the St David's area of Exeter, close to the subway, at around 12.30pm on Tuesday.

Both were wearing hijab head-dresses, and Hayat also had on a traditional Muslim jilbab — a long dress.

Moroccan-born Hayat, who has lived in the UK for 17 years and in Exeter for several years, and her daughter were stopped by two teenagers, a boy and girl aged around 17 to 18, who refused to let them pass.

They racially abused the woman before a man aged around 27 joined in the attack.

Police are investigating the incident and are appealing for witnesses to contact them.

Hayat said: "This couple stopped us and said they weren't going to let us pass. They said 'you don't belong to this country'.

"I kept really calm and there was a man behind me and I told him the couple wouldn't let me pass.

"I thought maybe he would be supportive and help but all of a sudden, he stopped next to me and hit me on the head and tried to pull off my headscarf.

"He didn't manage to pull it off completely but he really pulled it hard. And he was saying nasty words to me.

"I was very unhappy at what happened and said to the man what are you doing, are you an animal?

"About five minutes later, a couple came across the road and said they had seen what happened and were very sorry.

"I really appreciated that, they were very supportive."

Hayat said she had experienced a lot of racist abuse in the past but this was the first time she had been attacked.

"It has left me so worried for my daughter's safety," she said.

"I am heartbroken at the thought of her being attacked like that.

"This is my home too and I belong in this country.

"You should treat everybody with respect, it does not matter where you are from or what colour your skin is."

Imam Mohammed Abrar, of Exeter's Mosque, said: "The mosque condemn this attack in the strongest possible way — it is totally unacceptable.

"Exeter has been a very peaceful city and we have a good relationship with all faiths and those with no faiths."

Dr Adnan Al-Daini, of the Islamic Centre for the South West, based in Exeter, said: "This is a very upsetting incident.

"We have had some racist incidents in the past but nothing as serious as this.

"Muslims in Exeter want to lead a life of cooperation and mutual respect and something like this could cause problems between communities."

Martyn Goss, director of the Council for Church and Society of the Diocese of Exeter, said his thoughts were with the woman and her family.

He said: "This kind of incident is totally unacceptable in Exeter and in these particular circumstances, our hearts and thoughts go out to the woman and her family and the whole Islamic community."

And Bishop of Exeter the Right Reverend Michael Langrish said: "I was both shocked and saddened to hear of the attack on a Muslim women and her child in Exeter.

"Any attack on innocent people as a result of racial or religious prejudice, whether in Kyrgyzstan or in the UK, not only injures the individuals concerned, but deeply harms society as a whole.

"I am quite clear that there can be no justification for such behaviour which has no place in our society and in Exeter."

"We sometimes get low level incidents of racism but not out and out physical attacks — this is very rare."

Investigating officer, PC Sarah Tong said she was keen to hear from witnesses who were in the area at the time of the attack.

Anyone who witnessed the incident or who has any information should contact police on 08452 777444 quoting crime reference DE/10/6136.