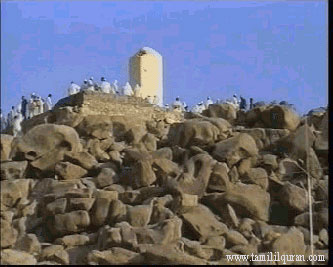 (Excerpt from the book, " The Prophets of Islam ", by Syed Muhammad Hussain Shamsi, translated into English by late Dr. Haider Hussain Shamsi)

THE CREATION OF ADAM:

The most widely held belief about the origin of Adam has been that Allah created him from non-existence by His Will using the earth materials.  This did not involve the biological processes of evolution or reproduction.  Allah created Man and Woman from clay in the form and shape, the way they are today.  Any belief or controversy to the contrary is only a speculation.

Different peoples in the world have stories concerning the origin of Man, which point towards the spontaneous arrival of the patriarch with his family.

The Hindu believe that man's original parents were Mahadev and Parwati and that they looked like human beings, but were the image of Parinishwar (God Himself).  The Jews and the Christians also believe that God created Adam in His own image.

Most people believe that God has no physical form, then how could He create Man in His own image!

This riddle was solved by the last Prophet of Islam when he said "Allah had created Adam with His quality, not His form.  " Allah can be recognised by His qualities alone.  So the saying of the Prophet makes it clear that the image of Allah refers to His qualities. The Prophet further said "Adopt the qualities of Allah."

This becomes clear from the Qur'an where Allah says that He created Adam on this earth as His representative.  A representative follows orders.  Only one who can execute the orders properly can be a true representative or vicegerent, otherwise there would be effors.  Thus, according to the Prophet, assuming the responsibilities of a worthy representative requires the acqisition of the conduct of the master.  This, then is what is meant by "God created Man in His image."

ADAM, THE CALIPH OF ALLAH

When Allah desired to create Adam He addressed the angels and said that He was going to create Man and appoint him as His representative on earth.  As soon as the creation was accomplished and He had bestowed Adam with His spirit, He told them to bow down in obedience to Adam.  The angels who considered themselves to be superior to Adam on account of their closeness to the Creator Himself, were surprised at this instruction to bow down in obedience to a creature that was molded from earth materials.  They said to Allah, "You are appointing a being as your vicegerent who would bring unrest and blood shed on earth, whereas we, who have been immersed in your worship were more deserving to receive this honor.

Allah said to them that what was known to Him could not be in their knowledge, and that Adam was specifically suited for the position He had designed for the earth.  He offered them a chance to compete in an open contest of knowledge and wisdom with Adam.  The angels failed in the contest and Adam emerged superior to them in knowledge and wisdom.  All of them except Iblis (Satan) obeyed Allah's commandment and bowed down in obedience to Adam.

It is said that before the creation of Adam, the earth was inhabited by Jinn, a creation from the elements of fire.  They were mutually disruptive and indulged in senseless bloodshed.  The angels had refereed to their mischief.  Iblis was also a Jinn.  He was knowledgeable about matters of the earth.  By virtue of his devotion and service to Allah, he had secured a high position in the Celectial existence.  Iblis had started living with the angels.  When Allah ordered all of them to prostrate before Adam, he refused.  When asked why he had refused the divine ordinance, he said that he was superior to Adam on several counts.  Firstly, his creation came from finer elements.  Secondly, he had been in proximity to the Creator in direct servitude.  He had vast work experience on the earth where the novice Adam was being sent as a representative.  He contended that this was his coveted position and should have been given to him instead to an undeserving novice.

Allah rebuked and down graded Iblis for his disobedience and told him to immediately remove himself from His divine presence and his eternal abode will be reserved in hell inferno.  Iblis said that Man was a poor choice for such an important position.  He said that he would take every opportunity to haul all mankind with him to hell.  He would like to be granted eternal opportunity to test and tempt this representative and prove that Man may not be such a worthy khalifa.

Allah said that only He commands eternity, but He will give him his desired opportunity to the Time known only to Himself.  He said that His obedient servants will remain steadfast in all his' tough tests and temptations throughout Time, and prove that He created a wise and knowledgeable khalifa on earth.

Allah warned Adam about the evil designs of Iblis against him and his progeny throughout Time. But He also assured that those that remain firm in their faith on Truth shall be victorious and will return to Him on the Day of Judgment for a Life of Contentment in close proximity to the Creator.

The Garden of Eden

Allah brought Adam to the Garden of Eden and gave him education towards carrying out the intended functions of Khalifa on Earth.  Allah created Eve from the substance of Adam as his partner in life and gave them total freedom to enjoy the benevolence of the Provider and Sustainer of Life with prohibition only for a particular tree.  The two were not even to go near the tree let alone to taste of its fruit.

Iblis saw his opportunity to tempt Adam and Eve and invoke their curiosity to get closer to the prohibited tree and taste its fruit.  No sooner they had done what had been prohibited by the Lord, the Innocense of the Garden of Eden changed to the reality of Life.  They heard the voice of their Lord calling.  He reminded them of the prohibition He had invoked, which they had clearly transgressed.  He reminded them of the open enemosity of Iblis towards them.  They were to leave the Garden of Eden and make their abode on the Earth till the end of a period of Time known only to Him.  The Almighty said," There you will procreate of your kind in numbers and will colonize the land provided, and eat and drink from that you will procure from the bounties of your Lord.  This is where you will spend your lives, and die, and be raised on the Day of Judgment on your conduct on the Earth.  Beware of the damaging evil counsel of Iblis who will continue to attempt rift between brethren, disrupt your lives, cause death and destruction on Earth through those who will listen to him.  " Both Adam and Eve felt sorry for what they had done, and begged for their forgiveness.  Allah reminded them of their role in Life and said that they will return to Him once again to enjoy His bounties in paradise upon their successfully completing the mission on the earth.  Thus Adam descended to the earth as a representative of Allah.

The Life and Progeny of Adam

In the beginning, Adam had two sons from Eve named Habeel (Abel) and Qabeel (Cane) followed by Sheeth and others.  It is said that Adam lived for almost 930 years.

THE STORY OF HABEEL AND QAB EEL

Qabeel felt deep remourse over this act and carried the dead body of his brother over his shoulder, not knowing what to do with it.  Then he saw a crow burying a dead crow in the ground.  Qabeel followed suit and buried his brother's dead body by digging a hole in the ground.

This was the first criminal act on Earth and it was caused by jealousy.  Jealousy is the root cause of many sins, including the murder of fellow human beings.  It therefore behoves mankind to avoid this terrible emotion which leads to a lot of sins.